Mrs. Snyder has served as a deputy prosecutor since 1999.   She handles the prosecution of juvenile delinquency proceedings.  Audra has also been a member of the firm of Miller, Burry & Brown in Decatur, Indiana.

Mr. Brown was elected as the Adams County Prosecutor in 2014.  Prior to his election, he previously served as Adams County's Chief Deputy Prosecutor from 1998 - 2003.  In 2003, he was hired as a federal prosecutor and worked as an Assistant United States Attorney in the United States Attorney's Office in Fort Wayne, Indiana.  He worked exclusively in private practice from 2005-2014. 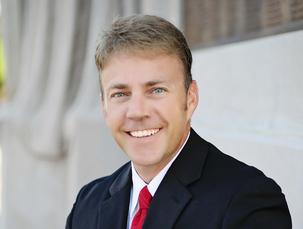 Mr. Thurston brings a wealth of experience to the office.  He served in the United States Army in Schweinfurt, Germany from 1988 to 1991.  He worked for the Fort Wayne Police Department from 1995 t0 2017.  During that time, he worked in various capacities including working undercover and also in a supervisory capacity.  He earned his law degree in 2015.